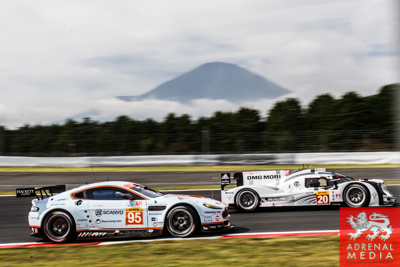 I wake to find that the low clouds yesterday over Mount Fuji have gone leaving this impressive site. Looking forward to getting to the track to photograph the cars on the circuit with the mountain in the background

The days are getting busier and we head off to the circuit. First thing to cover is the drivers brief.

The first of the free practise sessions today that last 90 mins. I need to get at least 2 shots of each car plus the Advertising banners. Also the important shot of Mount Fuji in the background. 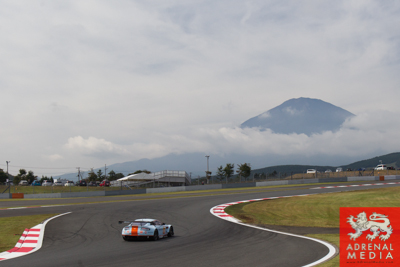 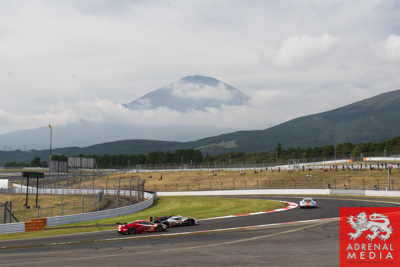 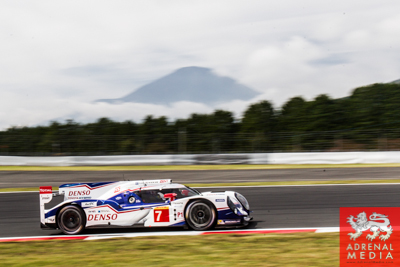 I use the Thinktank harness and lens bags support to carry my lenses round the track. It’s a great bit of kit and supports the heavy kit really well. It works well when I use a scooter to get around. 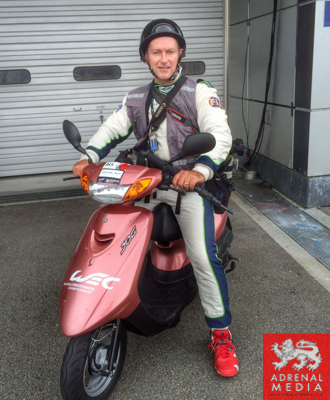 But I need to be back in the Media room when the practice session lasts with selected cars shots of the fastest cars per group ready to released out to the media. Take into account travelling round the track 90 mins to shoot action actually becomes 60mins. It looks a lot easier on a piece of paper. 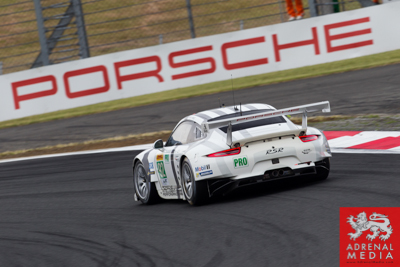 Later that day we attend a press conference held by CEO Gerard Neveu of the FIA WEC who announces dates for next season and a new race 6 Hours of Nurburgring to replace the Sao Paolo due to renovation work. 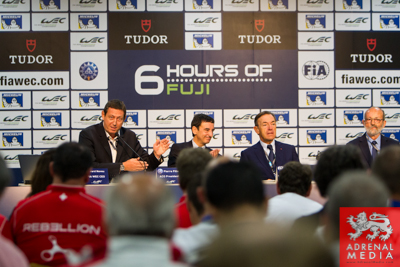 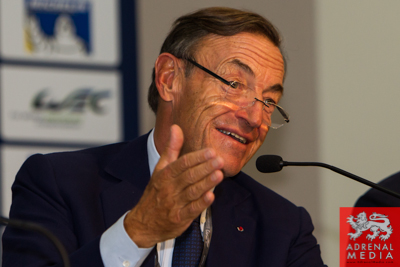 Then we need to attend and photograph a cocktail evening for the FIAWEC delegates. 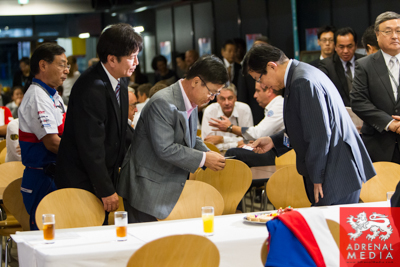 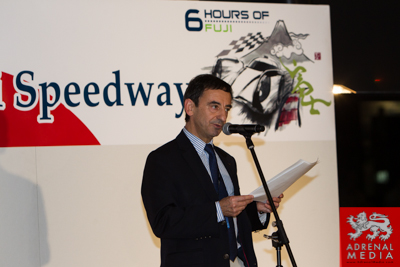 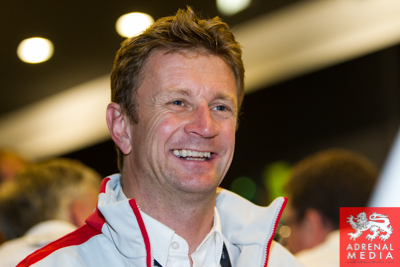 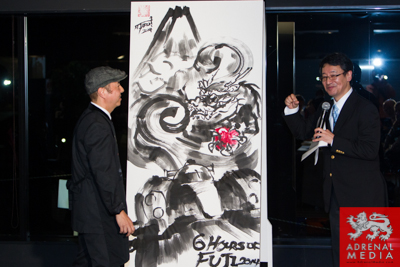 Back to the media centre to process the images we took during that day and get them up on the Adrenal Media website.

We find time to have dinner then back for more processing. Processing takes time and can go on well into the early hours.

Typhoon Vongfong is on its way and early in the morning we observe a moon ring, moon bows. This is when moon light refracts through ice crystals. This is linked to low pressure. This was taken on a iPhone 5s you can just see the outer ring. 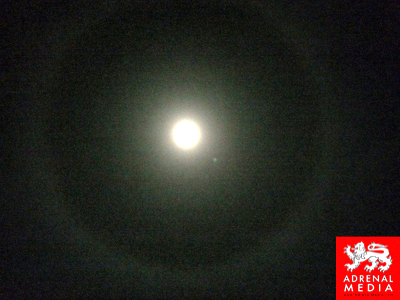